I hosted a group of 7 fly anglers at Mars Bay Bonefish Lodge in South Andros, Bahamas last week. Mike Perez and Stewart Lavelle, from Sarasota, FL, Les Fulcher, from Longboat Key, FL, Steve Coburn, from WI and I drove to Ft. Lauderdale last Saturday where we met up with Bill Crelin, also from WI, and traveled to Congotown, South Andros with Air Flight charter service. Kirk Grassett, from Middletown, DE and Richard Moxley, from Lancaster, PA, met us at the lodge via Western Air through Nassau. 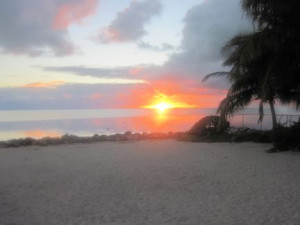 This was my first fall trip to the Bahamas and my first time with a group at Mars Bay Bonefish Lodge (www.bahamasbonefish.com). Weather was very good with below average wind and sunny conditions most days. Bill Howard, the resident owner/operator, did a great job making things run smoothly during our stay at the lodge. Bill is a jack of all trades, handling everything from outboard motor and boat maintenance and repair, to fixing and maintaining anything around the lodge. We dined on a variety of excellent authentic Bahamian dishes including fresh fish, lobster and conch. 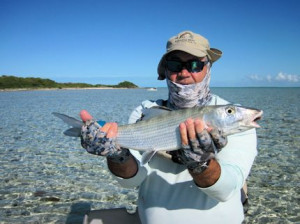 Richard Moxley, from Lancaster, PA, caught and released this bonefish out of of Mars Bay Bonefish Lodge.

One of the best things about Mars Bay Lodge is the variety of options that are available. Its location, as the southernmost lodge on South Andros, means less time spent running to fishing areas and more time fishing. You can fish the vast sand flats and scattered mangrove keys to the south or head west through several creeks to fish remote backcountry areas consisting of large flats, mangrove shorelines and smaller creeks. There is also a very nice wadeable flat in front of the beach at the lodge where Les caught a few bonefish one day. 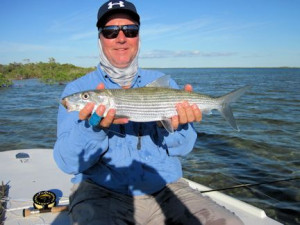 Kirk Grassett, from Midletown, DE, caught and released this bonefish out of of Mars Bay Bonefish Lodge.

The staff of guides did a great job putting us on fish. We fished from flats skiffs and waded and fished everything from large schools of bonefish to cruising or tailing singles and doubles. Many bonefish caught and released were in the 3 to 5-pound class. Several anglers caught and released bonefish in the 7 to 8-pound class and we also had shots at and hooked a few double-digit bonefish. Top producing flies during the week were Veverka’s Mantis Shrimp, Peterson’s Spawning Shrimp, Greg’s Flats Fly and Gotchas. I caught and released a couple of cudas and hooked a 60 to 70-pound blacktip shark on a fly popper one day and Richard caught a big cuda on a top water plug with spinning tackle another day. Like fishing anywhere, there were some great days and some slower days, but it was a great trip to a great lodge! 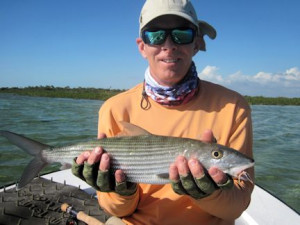 Stewart Lavelle, from Sarasota, FL, caught and released this bonefish out of of Mars Bay Bonefish Lodge. 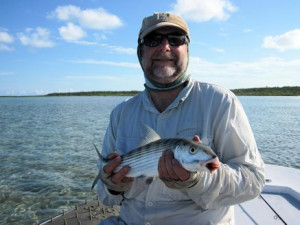 Bill Crelin, from WI, caught and released this bonefish out of of Mars Bay Bonefish Lodge. 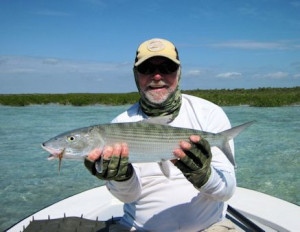 Capt. Rick Grassett, from Sarasota, FL, caught and released this bonefish out of of Mars Bay Bonefish Lodge.

Back home in Sarasota, tripletail, Spanish mackerel and false albacore in the coastal gulf should be good options now depending on conditions. Look for bait schools, diving birds or breaking fish to find albies and mackerel. Look for reds and big trout mixed with mullet schools on shallow flats. Trout, blues, Spanish mackerel, flounder and more should also be good options on deep grass flats of Sarasota Bay. 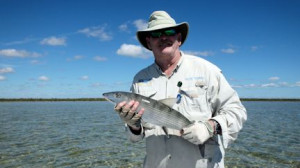 Les Fulcher, from Longboat Key, FL, caught and released this bonefish out of of Mars Bay Bonefish Lodge.

I hosted a group of friends and clients on a fly fishing trip at Crane Meadow Lodge (www.cranemeadow.addr.com) in Twin Bridges, MT last week. We fished the Beaverhead, Big Hole, Jefferson, Ruby and Madison Rivers, a couple of spring creeks and a high altitude alpine lake, either wading or floating, where we caught and released numerous brown, rainbow, cutthroat and brook trout. Many fish were caught with a variety of hopper dry fly patterns.

This is an annual trip for me and was our 13th year at the lodge. Nick Reding, from the St. Louis, MO area, Mike Perez and Dennis Kinley, from IN, Tony Merlis from NH and I met up in Bozeman on Friday afternoon, 8/8 and made the 90-mile drive southwest to the lodge in Twin Bridges. We ran into Jimmy Carter in the airport. He was on the same flight from Atlanta with Tony, who said the former president traveled in coach and made his way through the entire plane shaking everyone’s hand on board. The fly fishing world is a small world!

I floated the Jefferson with Tony Merlis one day and the Big Hole with Nick Reding another day with guide Dan Allen. We caught and released rainbows and browns on both trips. We saw a moose along the Big Hole and a couple of eagles locked talons in a battle that almost put them in the river! Nick and I waded the Ruby with guides Tom Caffrey and Matt and I caught my first cutthroat! The variety of fishing available is one of the best things about Crane Meadow Lodge. As long as I have been going there, I fished new water every day except for one this trip.

The last day was one of the best when the entire group fished a high altitude alpine lake with guides Dave, Tom and Dan and Crane Meadow Lodge operator, Cody Meine. Cody and his staff of guides have become good friends over the years, which makes it even more enjoyable. The scenery was amazing as we took an hour-long drive up to about 7500’. We caught and released cutthroats and rainbows and grilled burgers for lunch. A great way to end our trip!

The weather and scenery in southwest Montana is outstanding. Temperatures ranged from a very comfortable low to mid-50’s in the morning to 80’s in the afternoon with low humidity, a welcome relief from SW Florida’s heat and humidity in August. In addition to beautiful valleys surrounded by rugged mountains, the wildlife is amazing! We saw whitetail and mule deer, hawks, eagles, ducks, geese and sand hill cranes to mention a few. We also saw numerous moose and lots of whitetails around the lodge most mornings. In addition to great fishing, we enjoyed some outstanding meals prepared by Chef Nick every evening.

Back in Sarasota, catch and release snook fishing around lighted docks and bridges and trout, blues and more on deep grass flats should be good options. Reds should be schooling up on flats of Sarasota Bay and there should still be some tarpon in the coastal gulf. You should also find tarpon in upper Charlotte Harbor and areas of Sarasota and Tampa Bay. Juvenile tarpon in canals and creeks or around bridges are also good options. 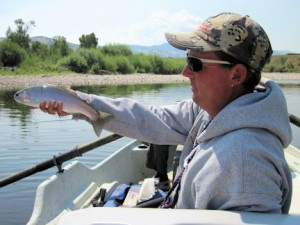 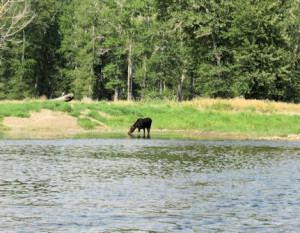 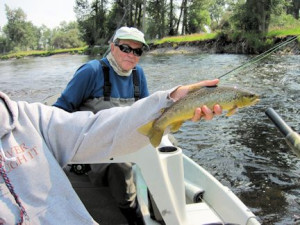 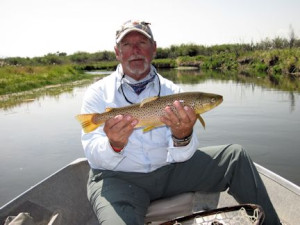 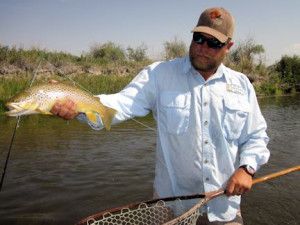 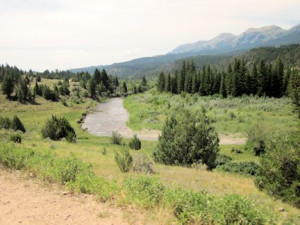 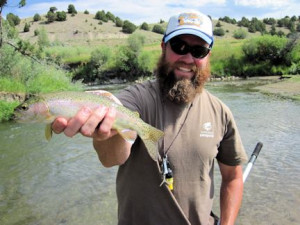 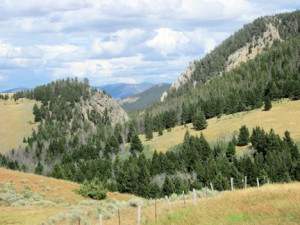 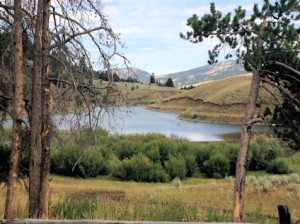